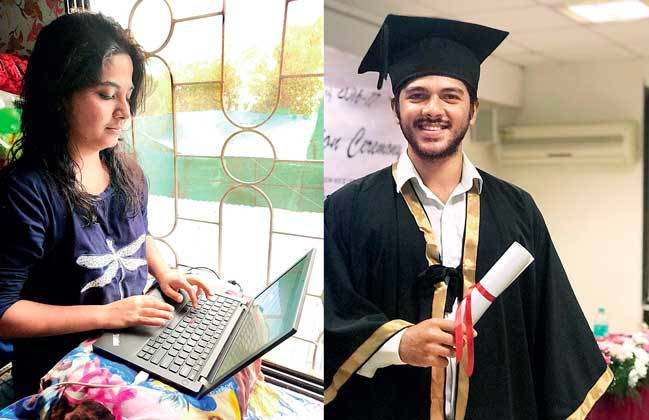 With employment opportunities rapidly shrinking, the pandemic has forced first-time jobseekers to put their dreams and ambitions on hold indefinitely

It’s well known that when you turn 18 in the US, your parents ‘kick you out’ of the home. You either go off to college, or shack up with friends and do some minimum-wage work to get by. This rite of passage — of leaving the family home — is an important step towards adulthood for American teenagers.

In India, however, you’re never quite an adult until you land your first job. Nothing — neither a driving license nor the ability to vote or consume liquor — quite signals that you’re an adult, as your first paycheck.

Unfortunately, because of Covid-19 and its severe blow to the economy, lakhs of first-time jobseekers and entry-level aspirants will find it difficult to get employment once the pall of fear and gloom of the pandemic lifts. With companies sacking people, slashing salaries and putting a freeze on hiring, there are just no jobs for freshers. This uncertainty about their future coupled with having to put their plans and dreams on indefinite hold, is making young people anxious and sceptical about their work prospects.

Mahima Mahida (22), Was interning with an ad agency and hoped to get absorbed, but wasn’t; Mohit Khatri (27), Has work experience but may agree to an internship to tide things over

“I’m feeling disappointed, frustrated and helpless all at the same time. Suddenly it feels like a long way to go before I can start my career,” says Mahima Mahida, a microbiology student who wants to work in advertising. “I had chalked out a plan and even set down milestones for my career path. But it has all gone awry because of Covid.” Mahida had been interning with an agency for the last six months and had hoped to be absorbed into the company. But on May 26, her last day, the contract was not renewed. “They told me that they might call me after the lockdown, but only if their business settles down,” she says. “I just don’t know when that will be.”

“This is a very tough time for first-time jobseekers,” says Rituparna Chakraborty, senior vice president and co-founder of the human resource company, TeamLease. “There is not only a lot of supply and overcapacity, but also a loss of companies’ appetite to hire people. And we have not even hit the peak of sackings yet. Many more are coming down the line.” With the economy in shambles and companies struggling to stay afloat, onboarding freshers is the last thing on anyone’s mind. “Even employers don’t have much of a choice,” says Chakraborty. “In the current scenario, there are no villains, only victims.

So you can’t go and sulk just because you haven’t got a job.”

This is a tough time for first-time jobseekers. There is overcapacity [of aspirants], but also a loss of companies’ appetite to hire people…We haven’t hit the peak of sackings

According to the ManpowerGroup Employment Outlook Survey 2020, which was released recently, only five per cent of companies may hire people (if at all). A study by the portal Naukri shows that hiring activity was down 60 per cent this May compared to May 2019 (916 postings last month, down from 2,346 in the same period last year). Another Naukri study — based on a survey of HR heads and recruiters — shows that a majority of them have put hiring on hold, and only 16 per cent said their campus hiring would go as planned. “This clearly shows that the current pandemic will affect campus placements for students of the coming batch as well as internships for the pre-final year batches,” says Pawan Goyal, chief business officer, Naukri.com. “In this scenario, jobseekers will have to rely less on campus drives and focus more on other sources to find a job. Firsttime jobbers will also have to prepare themselves for online interviews and assessments, since most companies will take the virtual route of hiring.”

Goyal adds that, as per data, entrylevel jobs (0-2 years of experience) are also down by over 60 per cent in April-May as compared to January-February, which was the pre-Covid time. “Due to the current crisis, a majority of entrylevel jobs will get impacted in terms of salaries offered as our data shows this trend for jobs with a cost-to-company of Rs 5 lakh and under,” he says. Experts estimate that this scarcity of jobs will continue right through 2020 — and young jobseekers will have to make their peace with this lost year.

This is the time to help and counsel these youngsters who are under extreme stress. No one is taking ownership for the freshers and they are completely on their own

“A job is my way of entering the real world,” says TISS gradu-ate Anoushka Augustine. “I feel like that journey has been disrupted and delayed, and I’m unable to start my life because of Covid. I want to become an independent adult and start making my own decisions, not those that have been mutually agreed upon in the family, and I can only see that happening with financial independence, which is what a job will give me. I’m very worried for my future.”

Augustine’s fears are justified. As Pankaj Bansal, co-founder and CEO of PeopleStrong, says: “Hiring is at an alltime low for freshers right now, except in certain sectors such as pharma. All students and colleges are in a wait-andwatch mode. Although 90 per cent of organisations have not revoked their offers to the students, if things don’t improve by September, this number might change.” At B-schools, most students could not even find placement because the formal process was abruptly terminated because of Covid. “This is the time to help and counsel these youngsters who are under extreme stress,” says Bansal. “But only one out of a hundred companies is even thinking about this; the rest are trying not to go under. No one is taking ownership for the freshers and they are completely on their own.”