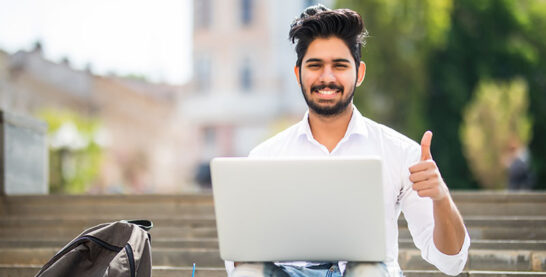 It’s not just engineering, management and law. Highly paid campus placements offers are now being made in fields beyond the professional and technical courses, to students graduating in arts, science and commerce too.

This year, a final-year Economics student at Delhi’s Lady Shri Ram (LSR) College received a salary offer of Rs 38 lakh (all salary figures are per annum); last year a Commerce student from Sriram College of Commerce (SRCC) got a starting offer of Rs 31 lakh. In Mumbai, arts and commerce students got offers averaging Rs 6 lakh, with the highest going up to Rs 19 lakh.

Companies are offering better packages because they would rather hire young people who are easy to train than experienced people who need to unlearn practices and come with a higher price tag, says Smita Sharma, placement advisor at SRCC.

Another big draw is the fact that these students tend to be equipped with good soft skills.

The average engineering student, for instance, is less likely to have good communication skills, says Devashish Sharma, founding member of India’s largest HR Technology and Talent Acquisition solutions company PeopleStrong. “There’s a rapidly growing number of positions that require data crunching or analysis, for which students from maths, statistics and economics backgrounds are well-equipped,” says Soni George, placement convener at St Xavier’s College, Mumbai. “Students from other departments are also eligible to apply for these. We have had students from life sciences take up analyst jobs too.”

At both Xavier’s and SRCC, campus recruitment picked up around 2004-2005 and has been growing steadily since. “This year, we added 20 more companies. Some startups have started coming to campus too. Though they don’t offer huge pay packages, they do offer a lot of exposure,” says Smita Sharma, placement advisor at SRCC.

The brighter job prospects in these subjects have now allowed more students to choose freely when it comes to picking a stream. “I chose economics because I really wanted to study the subject. I did not even know whether I wanted to do a job right after college or not,” says Yashovat Saharia, who graduated from SRCC in 2017. He received among the highest salary offers of his year, according to his college, and has worked with that company, Parthenon EY, ever since.

Saharia says he doesn’t plan to study economics further but he’s glad he picked it to begin with. “I now firmly believe that one should study the subject one likes and not look for one with ‘better job prospects’ because it gives you a strong foundation when you specialise in one field,” he says. At Parthenon EY, his job is that of a senior associate; it involves crunching data to explain to companies why a deal or acquisitions is or isn’t a good idea. “My background in economics and my grooming in presentations made me both good with numbers and capable of communicating what those numbers say, effectively,” Saharia says. Economics has been on the top of recruiters preference for a long time but now recruitments in good honours courses in both sciences and humanities have a lot of takers too, says Sharma of PeopleStrong.

“Whereas campus recruitment for general science courses are increasing in fields like pharmaceuticals and chemical research, in the humanities and social sciences there is a rise in recruitment from among psychology students, by corporates and institutions like hospitals and schools. Also, the services side of new age Internet companies are employing humanities graduates with good communication skills in their customer support teams,” Sharma adds.

This article was published in Hindustan Times