Now, Salaries Are ‘Made In India’ 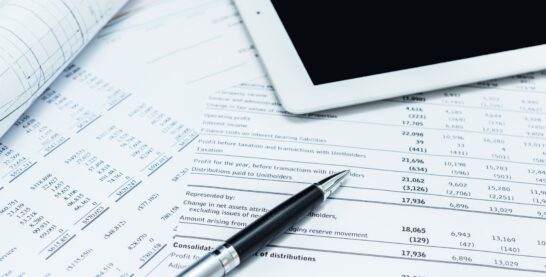 Safir Adeni, President, TiE Hyderabad, a non-profit dedicated to fostering entrepreneurship, says, that while there is bound to be a significant lift in terms of salary, “The challenge will be to have sustainable growth in this sector.”

Shanthi Naresh, India Business Leader-Information Solutions, Mercer, an HR and financial services consulting firm, says that the manufacturing sector, which offered a modest 9.5 percent increase in 2014, is set to see salary hikes that are a notch higher this year.

Pankaj Bansal, CEO, PeopleStrong HR services, that caters to HR outsourcing services, says that the MiI “initiative shows the intent of the government, and has been communicated at the highest level of authority. However, the initiative can be converted to reality only if it is supported by the right measures.”

Seconding the thought, G Raj Narayan, Managing Director, Radel Group, a leading small-medium enterprises (SME) player, adds that “Make in India” is a huge opportunity for the Indian manufacturing sector to take off, but this can only happen if there is a holistic plan of action.”

Corporates appear to be warming up to the idea of making in India. Mankind Pharma, for instance, is looking to launch an active pharmaceutical ingredient (API) factory in Rajasthan by the year-end to promote affordable drug manufacturing in India.

Officials contend that the drugs manufactured would be affordable by 20-30 percent.

Speaking to BusinessLine, he said: “Every year, Mankind gives a salary hike of 20 percent to its employees, with profits earned from the existing manufacturing capabilities. But with the inception of the API plant in Rajasthan, it is expected that the incremental hike per year will increase now.”|

Though India is betting big on manufacturing through the promising MiI initiative, TiE Hyderabad’s Adeni maintains that clarity is needed, “on how this is going to be achieved, and what manufacturers have to do to get there.”

“For example, we need to quickly embrace innovation and state-of-the-art technologies in manufacturing and ensure that we are meeting world-class quality and cost metrics. Also, we cannot be just making in India ‘for’ India. We have to aspire to make in India for the world. Only that will help,” Adeni adds.

Radel Group’s Narayan insists that the government needs to tackle “manufacturing infrastructure, especially for MSMEs, like power, roads, common facilities. It needs to reduce red-tapism in import and export, and in the case of the movement of goods across states. It needs to implement labor law reforms, and improve the quality of engineers to enable the development of Indian products for the Indian market.”

Maintaining that labor reforms were other criteria that needed attention, Bansal said, “Currently, setting up a factory and managing the workforce is a major issue with many start-up manufacturers. The different labor laws are very confusing. Good labor reforms are a must for removing such hassles.”

Radel Group’s Narayan maintains that manufacturing organizations “will still face a talent crunch, and this is likely to stunt the Make in India program, which will, in turn, hurt India in the long-term.”

While the objective of the mega MiI program is to ensure that the manufacturing sector, which contributes around 15 percent of the country’s Gross Domestic Products, is increased to 25 percent over the next few years, HR experts insist that in an oblique way, it could help bolster salaries.

PeopleStrong’s Bansal says, “Strong primary sector in any economy with a strong consumer base always impacts the level of wages. For example, it begins with a minimum wage increase and leads to market base compensation, as the war for talent heats up due to the growth opportunity.”

Asked as to which sectors would have muted salaries as compared to the last two years, Mercer’s Naresh said, “No sector, as surveyed by Mercer, is indicating a lower salary increase compared to 2014 in 2015, with most holding their 2014 pay increases in 2015 as well.”

However, industry leaders have expressed confidence in the future.

Modi’s MiI has fired up two-wheeler major Honda. With three plants located at Manesar in Haryana, at Tapukara in Rajasthan, and at Narsapura in Karnataka, the company has a fourth plant in Gujarat that would be focused on manufacturing two-wheelers. The Gujarat plant is set to be one of the largest scooter manufacturers.

Even Daimler India Commercial Vehicles has affirmed its commitment to the MiI campaign. As Erich Nesselhauf, CEO, Daimler India Commercial Vehicles (DICV) pointed out, the company is in line with the government’s campaign, which seeks to further strengthen India’s industrial base, thus developing the country as an internationally recognized production hub.

With a high level of localization and export business from India, DICV’s business is already a prime example of the MiI campaign. About 85 percent of the vehicle components are produced locally at Oragadam, near Chennai. Experts state that what might follow as a natural corollary could be across-the-board salary hikes to keep the workforce happy.

Alt Payroll provides an intelligent payroll management system for building smarter workplaces. Get in touch with our payroll and compliance executive to know more about Alt Payroll and how we can manage your payroll better.