Most employers prefer candidates under-30: Report 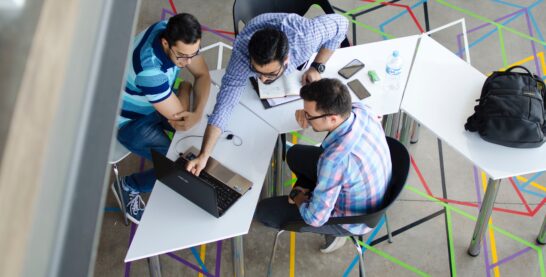 Achhe din is finally here for the Indian youth or so says the recent ‘India Skills Report’ 2015, according to which about 72 percent employers prefer to hire candidates in the age group of 30 years and below. Prime Minister Narendra Modi’s vision on youth and focus on skill development is expected to give an added boost to the hiring sentiment.

This is good news as 60% of population is slated to belong to the working age by 2020.

But according to ‘India Skills Report’ 2015, an overall increase of about 23 percent is expected in the hiring numbers per month.

According to Nishant Rao, country manager (India) Linkedin: “This report is an extremely important benchmark to help measure and evaluate the progress against this challenge because if we can’t measure it, we can’t fix it! It’s been great to see momentum building over the last year with positive changes in national skill policy, clearer ownership and accountability for skills development and the accelerated adoption of digital technology.”

Pankaj Bansal, co-founder and CEO of PeopleStrong agrees with Rao, and adds: “It is good to see the government, academia, and Corporation come together for candidate and jobs as their focus.”

Nirmal Singh, founder and CEO of Wheebox says: “We are delighted to yet again bring the supply and demand sides of talent on the same platform. It was heartening to receive such support from both sides for this study. It also resonates with Wheebox’s vision to bring talent demand and supply together using validated assessments and impact economic development of the country and with recent steps that are being taken by the Government, we are confident that all this information would help in transforming the skill landscape of India.”

Chandrajit Banerjee, director general, Confederation of Indian Industry (CII) adds: “With India metamorphosing into one of the fastest growing economies, job creation and skilling seem to be natural tools to ensure sustainable growth.” He says this report is a conscious one of a kind effort to provide an insight into the hiring trends of the market, understanding the needs of the job seeker and organizations.

The report also highlights another rising trend – most employers while looking for candidates prefer internal referrals, followed by job portal and social media. The trend of choosing candidate with the use of social media has increased from 6 percent last year to 12 percent this year, the report adds.

The study also states that Corporates are increasingly facing a challenge in maintaining gender diversity. However, the numbers have improved when compared to the previous year. The number of women employees across industries has increased to 38 percent, against 34 percent last year.